Life will always find a way. 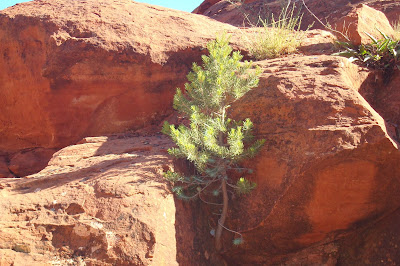 In all places and in all situations, Life finds a way.

Boots on the Ground and Voices in the Air 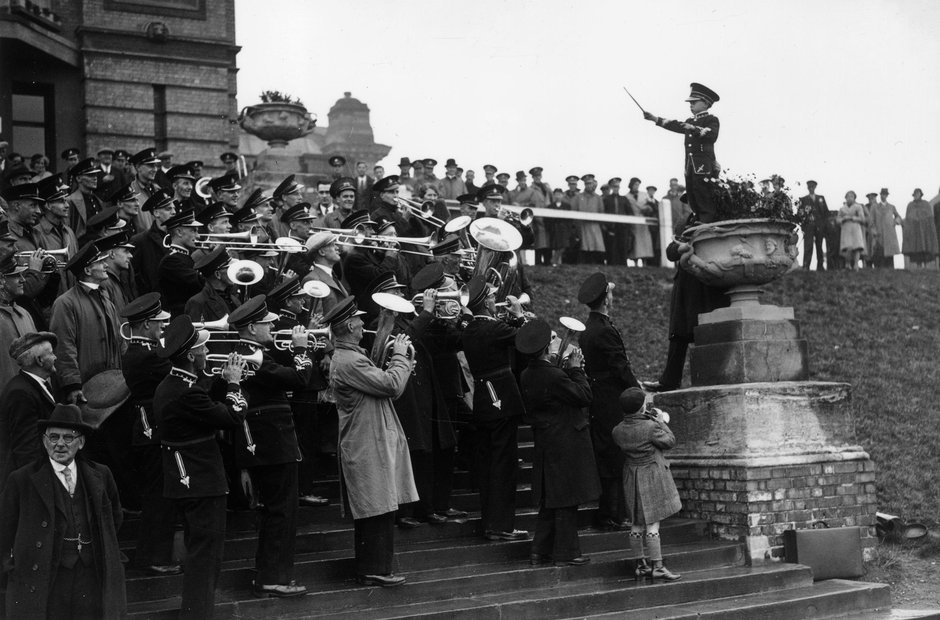 Forget about the Philharmonic orchestra, or the Mormon Tabernacle. Christmas songs can now take a different twist, as done by US Navy band AND the US Army band and....  Music can't get much better than this.

The Navy made those strings giggle.

And then there is the Army:

The third branch is the "President's Own US Marine band", which has played at functions for all presidents except Pres. George Washington.

And, finally, are the US Singing Sergeants of United Air Force.

These are only part of the music from the military. Non-political, these talented musicians serve in their own way. God gifted them for His Purpose.

Christmas is theoretically over, but it is not. Music keeps it alive and reminds me that Branches of the Military are filled with talented men and women. They uphold the Constitution and protect our country.

These wonderful human beings give more than just their courage, but they always give themselves to those around them. Sing on, sing with them.

Fire in the Trees

When cold blows in from
Canada, pushed up by warm wind from Texas, snow happens suddenly and furiously.  Only older siblings, big enough to sink only to the knee and then leap into the snow face first, could rejoice
For two small children, enjoyment was peering out through icy panes and wishing.  Mom…Mom…Mom…Can we go outside, too?  Mom? Mom?  Mom relented only when Mom became unbearable.

Two and four years old, Mary and Bill were wrapped, bundled, booted, and mitten-ed, then given instructions:  Stay on the porch.  Both nodded solemnly.

Mom stood at the kitchen door, staring through the lacy ice crystals at five children enjoying the snow.  Then Bill launched off the porch into deep white sea. Bill, she sighed.

Stomping out the door, Mom grabbed him by scruff of his coat and pulled him up.  Then Mary whispered, “Mommy!  Mommy!  Look!  Fire in trees!  Fire in snow!”

Fire in the trees?  In the snow?  She beheld glorious cardinals perched in bare trees.  Fiery cardinals with black masks.  Brave cardinals in frigid air. Oh,my! So, so,....

Mom hollered, “You kids get in here.  Been out long enough!”  But she continued to watch until fire became scarlet birds winging over snowy horizons.

Santa Claus Can Play the Organ (one of his many talents).

The year 1959 was a year of change for my family.  We moved onto a farm where we would live until 1995.  So many adventures and so many memories arise from that time.

But, here is one memory that we were fortunate to miss.  I never knew that side of Santa Claus’ life, which apparently originated from Mexico. “Santa Claus”, produced in 1959, and translated into English.
Synopsis:

Santa is preparing for his yearly journey at his Toy Land Castle in space.  While children helpers from all over the world sing a variety of each country's carols, precious.


Santa plays the organ while leering at the screen. collinwatchesmovies

Merlin the Wizard does a little hop-dance to check stuff out at his magical telescope, fitted with a creepy blue eye.

When he needs help, Merlin the Wizard gives Santa a special powder to induce sleep and a magic key to open any door. Vulcan provides Santa with mechanical reindeer.

Nothing goes well, instead holds a modicum of possible stupid stuff.

The movie is thoroughly ridiculous, Santa Claus is totally creepy, to the level that it feels like someone should report him. You may watch the film in its entirety on YouTube if you are a glutton for punishment. Fast-forward would be essential here. Lots of creepy stuff is here for you to catch, creepy I tell you.

We saw this at the theater in RiffTrax presentation. Movies of this lack of quality are narrated by the three guys from Mystery Space Science 3000. They bring a level of satire to this movie. This is why I pulled this one out of my vault of Christmas movies.

Plus, Alex Cavanaugh recommended the RiffTrax movies generally because they are ludicrous.  I trust his judgment implicitly.

P.S. On-screen text is narrated immediately before "The End": A sonorous voice speaks these meaningful words. Somehow it was disturbing.


Blessed are those who believe
For they shall see God...
PEACE ON EARTH...
GOOD WILL TOWARD MEN.
MERRY CHRISTMAS.

Email ThisBlogThis!Share to TwitterShare to FacebookShare to Pinterest
Labels: children all over the world, RiffTrax, Santa, Toyland Castle

We are faithful fans of Forged in Fire and my husband John had reactivated his passion for knives and swords.  It has been a long time passion since he finished grad. school.

Whenever he passes a sword tent at some street fair, John will hoist a sword from its scabbard and says, "Hmmm. Nice balance..." even though it is clearly something from China.


His love of knives and swords led me to purchase a good quality chef knife set. Made in Germany. Sharp as all get out (which means to the extreme). He exclaimed with joy as he opened it.

On Christmas day, I was going to chop chives for Christmas dinner. I'll just use these German Knives.

All was going well as I pulled the knife from from its block and picked up the chives, and made the first slice. That single slice resulted was totally painless until I saw my finger  was bleeding like a son of a gun (a mild or euphemistic term for son of the bitch). Looking down I could see the knife had sliced a translucent piece of skin from my left index finger.

Grabbing paper towel and racing to the first aid supplies, I ran water for minutes to staunch (which means stop the flow of bleeding). Also poured hydrogen peroxide. Then wrapped the dam with layers of gauze.

I picked up an old knife, finished the chopping. BUT my right little finger brushed the new knife, just brushed it. Another flow of blood. It was just a slice, a tiny slice. But, oh boy howdy (which means an exclamation of excitement and surprise from the South or Texas) that slice was leaking.

First aid, gauze, tape. Oh bloody hell (which means interjection which is an exclamation of awe and surprise, sometimes in anger or despondency).

Even as I wrote this, I had to do the hunt and peck typing
.
It was time to change the dressings.

Sing it, Cat. I will definitely understand it.
This is a re-post from 2018. My husband was not thrilled of the gift, so the knives are still sharp.
Posted by Susan Kane at 3:15 PM 26 comments:

When your feet start tapping

I like to think that I have an eclectic taste in music, that I am broad-minded.  Hey, I was in college during the 1960s and 70s, man.  But that is so not true, there is more genre than I knew back then.
My music education pretty much ended in the early 1980s.  Some how I cannot get beyond Zanadu Xanadu with Olivia Newton John.  Was it the trauma or Boy George? Or both? But then other music styles saved me?
I don’t know, but the last 15 years or more are scarcely dotted with memorable music, except for Whitney Houston and anything Irish music related (of course).
In recent years, I was exposed to something called “Zydeco”.  And I haven’t been the same.
Can’t help it, my feet want to dance.  I feel the beat and the words—and this is from a person who struggles to clap and sing at the same time.  Maybe I was born down in Louisiana, stolen by pirates and brought up-river to where my folks were buying catfish from a guy down on the levee off the ‘Ssippi.
What IS it?  It is like gumbo, with every nation tossing a bit of its culture into the pot, adding lots of spice.  And I like it.
A community gets together, eat some gumbo, dance like crazy.  Just listen, see what you think.
Re-post from October 2013. Arlee Jackson and Alex Kavanaugh helped create the "A to Z April blog a thon" My offering for Z is Zydeco.
Ireland is actually the top of the dancing kingdom. Sorry, guys. Ireland wins.
Zydeco.
Posted by Susan Kane at 5:00 AM 5 comments:

Christmas is on a countdown and children in places around the world know the numbers.   When our progeny were young, that meant bathrobes, aluminum foil stars, white sheets on angels, and parents in the audience. There were no cell phones, no heavy duty cameras, just parents in folding chairs watching their children sing carols and shuffle along.

Rough times, for sure. Could we do what Mary did? How could we do anything like this? Unless God tapped on our shoulders and told us what to do, magnificence would be happening on that one single night?
One single night changed the world.
This a re-post from  2015, I think. Explains  Bethlehem in a way one does not normally see.
Posted by Susan Kane at 5:00 AM 20 comments:

Words combined with music result in such meaning.  Just saying such songs, singing them, and listening wraps the life of Christ in our own language, and opens our hearts.

One, two, three, and four 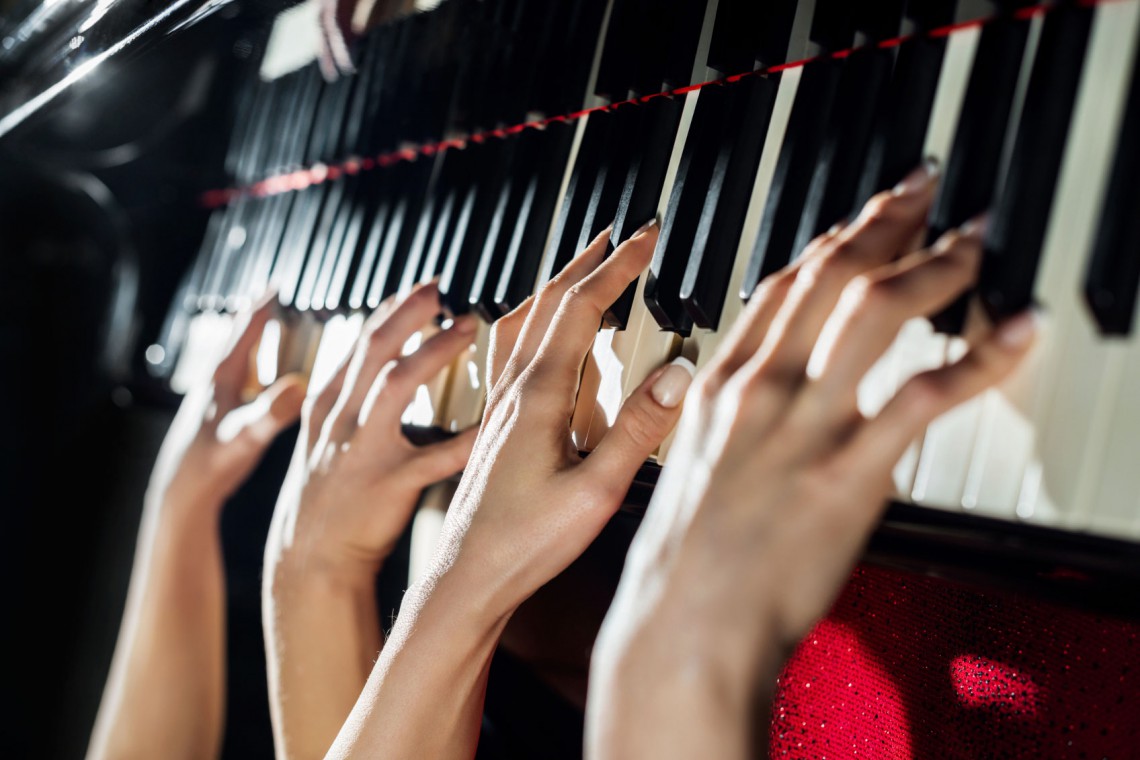 The music played in his mind, while the fingers moved, waiting for her older hand to join with his: Two generations performing music written centuries before.
Apologies for the voice over in this Synchrony Financial commercial
On YouTube
"Any changes?...No, still the same...It was just a fall!  A simple fall...I saw it happen, so quickly...What does the doctor say?...Time, just time...But his fingers, see how they move!...

Timing, have to remember the timing.  Grandmother insists on perfect timing. Oh, why are they talking during this recital?  Don't they know how rude that is?

One, two, three, and four...
"Will he come out of this...sleep...this coma?"  I don't know.  Like he said, it is a matter of timing and time...
I have observed pianists at a recital sitting in the audience and playing the notes silently in their laps.