As in other countries, for example, Norwegian Curling  or Irish Hurling, hometowns in Pike County, Illinois, their own particular events occur.


All would agree that basketball, baseball, soccer, football, wrestling, and any other sport is played across America.   These games start in the early years on elementary school, heading up through high school, and maybe on to college.  Then onto a friendship that is shared.  All observers would be correct


Community is an important, maybe even vital, word.  It means being part of a group of people who join together in anything from a potluck before a city council meeting to box derbies to parades and, most important, funerals and honoring veterans.  Locals join together just for connections that keep binding people, one to one another.

Jennifer Wellman (obviously a pro in Pike County,) confronts and then swiftly wends her way through various obstacles of toy tractors loaded with corn, a water fall, and even toy combines and silos. As a fundraising event, the final tally total was not given yet according to Dustin Morrow.  The event was a rousing success.  Money will be applied to ag scholarships, as well as other events and funding for Pittsfield High school FFA.
Photo taken by Beth Zumwalt/Pike Press


Probably August is a biggest month my hometown community celebration.  It is a remembrance of a landing of Vin Fiz plane, piloted by Cal Rodgers.  He was the first to make a continental flight, funded by millionaire William Hearst. (Who would pay Rodgers at the completion of the flight, if he met required time.  He missed the date by 15 days.  Hearst reneged on paying him..


This annual event has events with multiple activities. a grand parade, car show, and awesome BBQ.  Having been to one or two of the Vin Fiz day, I agree this community activity is excellent.  (I wrote a blog post about this event some time ago.)

It is a certainty that other annual events exist and bind communities together. No matter the event, friends and neighbors will be there, probably with a casserole.

Wish I were there.

My Hand in Hers


One of the best and heart breaking journals of facing a death of a parent has been written by a fellow blogger, Sandra Tyler at her site, A Writer Weaves a Tale.

In the last years of her beloved mother's life, Sandra keeps a diary in  form of her blog.  Step by step, she writes how her talented mother loses the battle to retain her memories and talent.  What is never doubted, her mother loved Sandra with a fierceness that only a mother can hold.**

My husband John's mother, Dorothy Kane recently died.  It was the type of death she had prayed she would have:  in bed, sleeping and drifting away.

Many of my blogger friends thought that this was my mother who had just died. I so appreciated the sympathy comments on that blog.  Comforting words lift the heart and spirit.

For 43+ years, Dorothy Kane HAS been a mother to me. I called her "Mom" from the day of my marriage to her oldest son, John. In the last few years of her life, she told me frequently "You weren't born as one of my children, but you are my daughter."

God bless all who have had to let go of hands who held yours  all your life.

**Sandra Tyler's credentials are astounding.  She had written two books, Blue Glass and After Lydia.  Please visit her site!
Posted by Susan Kane at 5:00 AM 9 comments:

For the next week,

We will be remembering our mother,

In a celebration of her long life.

Mom was feisty and pragmatic---

Skateboarding down an ice coated handrail, David catapulted forward, striking dull grey iced concrete with an audible crunch.  Before passing out, David whispered, Well, I screwed that up ….

Eyes opened slowly in blinding room…Am I dead? Is this heaven?  His mother’s face loomed over him, “David!  David!”... Then he knew he wasn’t dead or in heaven. Oh, God…take me now.

Inwardly, David praised power of morphine as from Mom’s distorted mouth poured a string of profanities, which merged into a long string, one that wound around her head, again and again.  Then his mother began spewing multi-colored volleys of sawdust. You don’t see stuff like that very often.

For David, life did really suck.  A big question coiled around his house and engulfed it:  What to do with David during the day?  He sat in his rented wheelchair as adults argued over his head. Hey…Hey!  Talk to ME!  What do I want?

David found that his father's food encrusted recliner and a nurse were the solutions, an RN named Gloria.  He glared at her. Don’t try to fool me.  Your mascara is running, nails bitten to quick, smile with too-white teeth…you are one miserable creature.

Stacks of books lay in his reach, each one he tossed aside with disdain.  Then, there it was:  Curses of Lord James St. John, vol. 3.

Reluctantly David snatched it up, skipping to Chapter Two, page 36.

Well, now, we’re getting somewhere.  Was ready to chuck you in trash…

Nurse Gloria appeared with pills and a trip to the toilet.  "Now, Davey, I’ll be standing nearby... If you need help…" Then he was rescued, left alone to read. Your job must be purgatory, reeking of vomit and diarrhea…

A thick unrelenting fog rolled…..   Why is there always fog?  Why?

David hung his head. Of course, you idiot.  Every author uses fog.  It’s a cheap imagery that requires little effort to immediately conjure up a recognizable atmosphere.  Jeez.

…carefully Lord James St. John retrieved a crumbling map from a leather bag--an expensive leather bag, that matched his boots of fine leather, laced with…   tracing over a faded symbol ....Not possible!...from the ancient tribe of Kau….decipher ancient script, too ...difficult...dang...should have...

What?  What fresh hell is this?  A stinkin’ fashion review? David questioned himself.  Did I really read that? Did the he ask his girlfriend write that while he ate a sandwich? Editor?? You missed a spot.

His hands began shaking as he pondered the author’s motivation, RN Gloria arrived.  “Well, Davey.  Shall we have some lunch and fluids?  We must stay hydrated…” Eat then pit stop.  “Shall we take a break now…”

She reached for Vol. 3 as David enfolded it with a snarl. Go do your nails or text, anything.  Get away from me you....

Previous adventures of Lord James St. John are at these sites:

The words for the month of February can be found at Elephant's Child .  If you'd like to grab these words and run with them, you may post your writing in E.C.'s comment section, OR write that you will post your own Wednesday Words at your site.  We want to find you!
Posted by Susan Kane at 5:00 AM 14 comments:

Kindness for a Dying Child 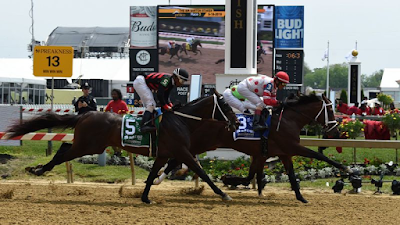 …and now starts the minute by minute examination where contestants will be given close scrutiny and sorted out.  And then…

Most exhausting is also the dissection process.  Each candidate’s character and personal choices are sliced and diced.  Soon political staffers will find that one candidate cheated on a third grade math test.  That’ll be enough to knock ‘im off presidential sprint (or marathon).

The names are stew-potted in a gooey sauce.

However, it seems to me that one candidate has been consistent in his political life:  John Kasich. Gov. Kasich has performed responsibilities with honor, character, and kindness. This is NOT an endorsement.
This is  an example of what politics
should be: caring for residents' needs, hold true to your beliefs, communicate with your state. Show Kindness to those who are part of the state.
Kindness?

My sister Mary lives in Columbus, Ohio.  A dear friend had two sons dying from untreatable genetic diseases.  The older son had already died, and young “John” was not far from him.  Mary and others helped with all the chores that slide by the wayside. 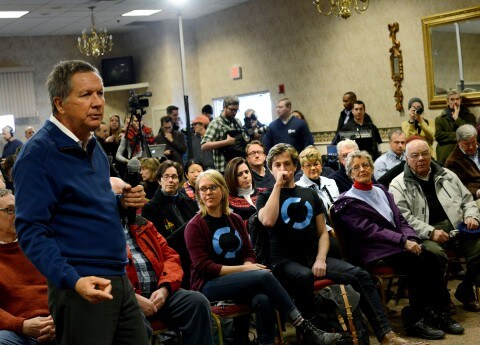 At a townhall
Gov. Kasich read or heard or…about “John”.  Kasich began regular visits (once a week maybe) with this family.  He sat down and held the boy’s hand; shared jokes, laughed; and, Gov. Kasich prayed with him.

No photographers or newspaper reporters around.

When John died, Gov. Kasich gave a touching eulogy in a small church, without TV station vans, local news…none.
I seriously doubt that many candidates, GOP or DNC, could write “Kindness” on their resumes.

This isn't an election promo (altho it could be taken as such); it is simply a telling of how a man did what he could for a dying child.
Have you heard of other candidates freely donating their time without publicity?
Posted by Susan Kane at 5:00 AM 24 comments:

Email ThisBlogThis!Share to TwitterShare to FacebookShare to Pinterest
Labels: Kasich, kindness, oh help us it's an election year

History books from the 1950s and 60s were thick, really thick.  History of the world affected every nation, making knowledge vital to the next generations. From Julius Caesar to Jesus Christ to …. Every huge event was an essential domino.

That made History granite, words carved in marble, embellished with gold…immutable.

Now, as an adult, I am viewing history in a different light:  potter’s clay.
History is ever changing.  An archaeologist's dig in Italy reveals the ancient worship of deities and everyday lives.  Another dig in Montana discovers layers in stone, showing what happened that killed the dinosaurs followed by great volcanic deposits.

Another Planet? Apparently Pluto may be forgiven, while a ninth planet has been discovered.  The Universe is expanding, which is contrary to Einstein's view that it will shrink.

Genomes?  DNA manipulation?  None of this was part of history until recent years.

One wonders: with all these new world events, what will be discovered beneath layers and layers we leave behind, in a dig buried below time, hidden in rock?

Everything we thought we knew changes; new discoveries aborts old reasoning and shapes the lump of clay in a different direction.