On the island of βrju Vindúr, life was defined by directions of three winds. A treacherous wind blew in from the ocean, while bitter cold wind swept down from mountains.  Winds from valleys sneaked in over green hills, blasting unexpectedly.

One at a time would have been acceptable, but usually two or three gusted through the town of Bakkafjörður all at once.  Merely walking up or down a street necessitated clinging to a wall, or hanging on for dear life on a ship rope strung along streets.

Needless to say, villagers were noted for exceptional muscular development.  Even so, none could walk up or down streets without assistance.  However, one man had this skill, and he mocked other villagers as he strolled along, hands in pockets, posture straight.  Only his hair waved as winds blew.

Eiður was such a man.  No humility existed in him.  Pride emanated off him. Oh, how others grew to hate him.

He had the chance to leave the island on a ship delivering goods (as you can imagine little could be grown there).  Hopping aboard, he waved at villagers who wished all sorts evil to descend upon him.

Eiður returned after a month with big smiles and stories to tell.  But he had no idea that a month away from three winds had changed him.

He stepped off the ship and was immediately thrown to his hands and knees.  Trying stand up, Eiður found himself again creeping like a dog along streets to his house.  He could not stand.  He could not pull himself up on the ropes.

From there on, Eiður moved from one spot to another, crawling.  Villagers watched him.  Justification was theirs.

This language is Icelandic, taken from a site, Translating English to Icelandic.


This story is strictly metaphorical.  No such island exists in Iceland, altho there are many other amazing islands and land forms!
Posted by Susan Kane at 6:10 PM 20 comments:

Email ThisBlogThis!Share to TwitterShare to FacebookShare to Pinterest
Labels: island in Iceland, Pride goes before a fall, winds

Amazon Prime has been created by a woman, I am certain.  I can see her standing at her front door, tapping her foot and saying, “Dammit!  Christmas is in two days!  I ordered this gift from Amazon ten days ago, and where is it?  Where is it!!”

This woman has a doctorate in electrical engineering and computer design. She has written multiple programs, successful programs used by Apple, Microsoft, and all the big places.  She has written and designed for military and government. She even had lunch with Walter O'Brien.

Where is this gift, she wonders, as she grits her teeth.

This woman slams the door, and retreats into her immaculate home office, organized down to the very pencils on her desk which are sharpened and lined up line little soldiers.

She creates Amazon Prime.  Maybe, but this is from my mind.

I am waiting for a “Janome Hello Kitty Sewing Machine”.  I already have a monster Janome, weighs a good twenty-five pounds.  But taking it to my quilt club is nigh impossible, thus I have ordered this heavy duty but lighter weight Janome.


While I did not dare to mouth off or disobey my mama (seriously, things could go south in split seconds), I have two daughters who have mouthed off to me, disobeyed and deceived me.  They both were told that "Someday, you will have a daughter who will challenge your knowledge and authority".

Now "the chickens have come home to roost".


I feel your pain.

Now, I smile when my daughter unloads on me about battles fought, won or lost. She knows why I smile, and has said the same sentence I said some 25 years ago.

Raise a Cup, Hoist a Pint


Weddings are joyful (usually) events where two people make vows to love and care for each for the rest of their lives.

Probably each reader participated in such a wedding as witnesses, family, and share in the reception. Well, actually, after the wedding ceremony, people head to food and drink, cut the cake, and then dance. It can all be pretty sedate and forgettable.


Riverdance in 1988 which inspired Irish Dancing all over the world
On YouTube you will find so many clips of Michael Flatley who was never a humble self-deprecating fella.

But, have any of you EVER witnessed an Irish wedding? Look at these men, of all ages, dancing in rhythm.  Father of the bride is in there, with them all.


There you are, a St. Patrick's Day gift for all to enjoy a wedding done right.
Did you notice all ages join in?  The guest dancer is a professional dancer.

Eat corned beef (not really an Irish thing), boiled potatoes, onions, and cabbage.  Top it all of with a "trifle", which is really a British and Irish dessert.

Guinness is up to you.

Why is Bern, Switzerland, named such?  My daughter (who lives in Bern) told me that Duke Berthold V, Duke of Zahringen, wanted to establish a township along the river Aure on a level ground, allowing for transportation and commerce.

Duke Berthold V declared during a hunt that the city would be named after the first animal he shot (with an arrow, of course).  Drew the string, let fly the arrow, and hit a rabbit.  His fellow huntsmen retrieved it, Duke told them to get rid of it.

He drew his bow again, let fly the arrow, and he hit a bear.  Much better, so the town was named “Bern or Berne” which means something like bear.

Let's expand the story with much more elaboration and some plot changes:

1) Duke Jim was married to a lovely woman, Adele, whom Jim’s brother Bob dearly adored.  Duke Jim and fellows of ruling class ventured out on a hunt, ready to kill just about anything.  Jim’s brother Bob attended, apparently with great reluctance since he really wanted to attend to Adele’s needs.

Duke Jim had also declared that first animal killed would be the name of the new city.

Through the rustling shrubs charged a huge boar, and, alas, Duke Jim was gored horribly, dying on the spot.

Bob became so excited that he also declared the animal thing, and actually happened to kill a rabbit, but new-Duke Bob declared they should wait a while, before the naming the town Tote kaninchen or Dead rabbit.

What if we expanded some more with a whole lot of elaboration and plot changes:

2) Before heading out to kill animals with Duke Bob, his brother Kevin swore to his now lover Adele that he would take care of this any problems Adele had with Duke Bob, who turned out to be a lousy person all around.

Jim’s son Tom was spying on them both, and realized bad things were going to happen.

Which they did, bad things did happen to Duke Bob, something perhaps involving poisoning or maybe a big falling cornice from the castle. Tom, being a minor, was passed over, and Kevin became Duke Kevin.

This and that happened, a few years passed, and Duke Kevin led his troupe of hunters ventured out into the woods to hunt, Tom joining them.

Kevin pronounced that the first animal he hit would be the name of his new town.  Unfortunately, Kevin felt a bit wheezy and fell to the ground dead, stone dead.

All wept, the death declared to be a heart attack. All were ready to go home.

BUT Tom strode to his uncle’s body.  “We must honor my uncle Duke Kevin's final desire!  And, I, as the new Duke, will do so.”

Tom was never good at archery, but he drew back the arrow, and zip-zap, off it went, getting lost in woodland.  While all were searching for the arrow, Tom's squire, Richard, picked up the bow and followed after.

Richard heard growling in the shrubs, took aim, and hit something.

Richard ran to the sound, finding a bear, dead as dead could be.  “Here, my Lord!  Here is your arrow!”

Thus, a new city was founded and named Bern (or bear).

Expanding this anymore could grow beyond anyone’s attention span.

On March 5th, Russians gathered at Stalin's tomb. He died on this date, heart attack it is thought.  Were they grieving?  Were they honoring him? Take a guess...


Newer generations of Russians are starting to revere Stalin as he saved them from the Nazis and protected them from Allied nations. Apparently  memories of gulags and mass executions have faded from modern history.

Up and Down a Mountain


All that rain California has been enjoying for the past few months has been appreciated by all, especially in desert around mountains and along the freeways.  Before the rain, we all had grown used to the dry scrub that is our landscape.

But, in a short drive up and then down San Jacinto mountains (lots of hairpin curves, warnings of loose boulders, and a set of cat-like nerves), view of the flat plains below were astounding. 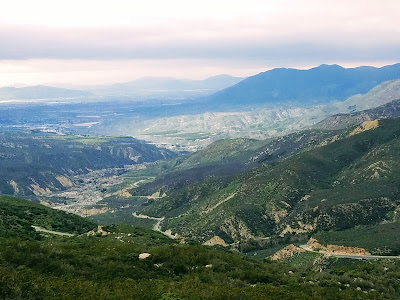 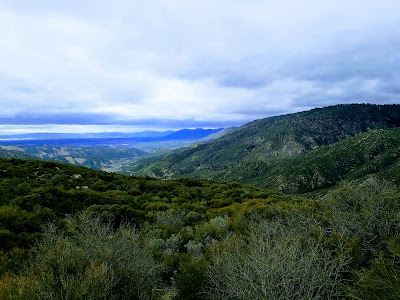 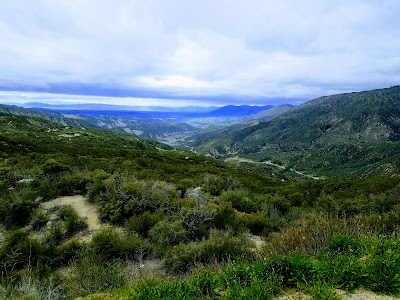 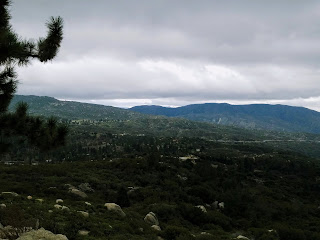 We have driven this road many times, but never when there was actual green. It was impressive enough that my husband John actually pulled over into viewing points.  Getting him to stop the race car feeling he loves was amazing in itself.

P.S. We went to Idyllwild, CA, on a day trip.  Despite having the tourist attraction feeling, Idyllwild is a small town, where one really does know his neighbor.  This is an active community with four churches, supermarket, owner run pizza restaurant, a variety of quality restaurants,.movie theater, many art galleries, and other personally owned businesses. There are no franchises here.
Posted by Susan Kane at 10:53 AM 35 comments:

Remembering old westerns from my childhood, no actor can stand above John Wayne.

I did not come on to this epiphany until the past few years.  Modern movies and shows have numbed me to the point that watching such is a chore.

That was when I stopped by Turner Classic Movie channel.  Oh, sure, I have been there before, but now I went with a different eye.

Now-deceased stars were prepped and presented by those who held their contracts. Photo ops showed them in best light, with smiles.   The studios kept a tight rein on their extracurricular activities.  Then, we saw these celebrities only as we were supposed to see them.

John Wayne: no perfect man or star.  But he was genuine. He could really ride a horse, could really shoot a gun accurately, and he was the good guy.

John Wayne was as we saw him, warts and all.

Many can and will criticize him for his political and personal views, but none can deny that John Wayne loved this country, was a patriot, and John Wayne lived a life of honesty and strong beliefs.