When Claudia purchased an expensive franchise, she knew what to expect.  Money flowed from her investment account like Cola from a drink dispenser.

Even though Claudia was a CPA, and had examined a thorough spread sheet, she was nervous about taking such a leap.

Claudia and her large family painted and created a restaurant that could never be called mundane.  Her mother held up a paint can, noticing the color label, and called out.

**Sweet girl! Who would want to eat in a restaurant painted in the color of broccoli?"

Every person is in search of something, whether it is glasses, car keys, a library book.  Searching for something can be applied for such simple items as these, or for something much grander, elusive, possible or impossible.

This leads to a television show narrated by Leonard Nimoy, “In Search of….” where Nimoy (with his recognizable voice) leads the viewers through history.

"Before we unlock the future we must find the keys to the past.  I am Leonard Nimoy. Join me and open the door to the Ancient Mysteries beginning now.
Then he shares the histories of Pompeii, the Pyramids, Camelot, Astrology, the Vikings, Atlantis, Macchu Picchu, Blood and honor at the first Olympics, Blood and treasure in Peru...the list is long and engaging.
What amazed me is, of course the list of fascinating events and place, but also Leonard Nimor himself.  Where does an actor go or what does he do after being known for a SyFy show that establishes a genre new to viewers?

Nimoy did act on stage successfully and in various television shows, but it is his voice, so recognizable and enigmatic.  Just with his voice, viewers are grabbed to watch long (sometimes) episodes about the mysteries that captured others, including myself.

Almost every morning we wake up, one of us will say “I had the weirdest dream last night…” and then talk about it.  Somehow as the day wanders by, the details of the dream fade away until the dream becomes a pale ghost of colors and people.

I always have “Teacher” dreams. The dream always includes having a huge number (60? 100?) of students with me as the only teacher.  The classroom is a crumbling building, bricks and rubble lying around.  We can hear the sounds of wild animals and shouting.  Other teachers I know are walking by with cups of coffee and laughing.  Then suddenly I revert to being a student-teacher, with no clue how to teach.

Everyone dreams, at least that is the accepted idea.  We dream to relieve stress…we dream to solve problems unsolved when going to sleep…we dream to face our fears… I guess those are all accurate.

My dreams seem to dredge up memories of events in my life, but twisted somehow.  All the anxiety of those times get magnified and blown up, increased to be beyond solving.

What about you?  Do you have a recurring dreams, one that the theme is always the same, the problems as well?  Is anything ever resolved?
Posted by Susan Kane at 5:30 AM 16 comments:

Richard huddled in his jail cell, pulling the retroactive duster closely around him.  His secretary Heather had given it to him yesterday during their latest tryst. Now he was watching his world disintegrate.

Where had it all gone wrong? He wondered.  Surely everyone in the investment business embezzled from his clients now and then.  It was part of the investment game.

With the untimely arrival of the arrest warrant, he was for a moment left spellbound.  Richard’s travel carry-on sat by the door, stuffed with one-million dollars and a change of underwear.

Five more minutes and he would have been out the door, heading to Jamaica.


Look at these photos...all are of trees.  What do you think when you see them?

Since the introduction of “Downton Abbey”, life in the great houses has fascinated me.  Not the stairs or the gowns and not the life style of the occupants, but it is the signature possessions that indicate “Now, here!  And here!  Well-to-do people live here!”

For me, the greatest indicators are the libraries (li-brees).

Even in the respectable American homes, loaded bookcases mark the home as being one of means.

So many questions, I have so many:

1.   How is the library used in those houses?
2.   Do the Aged Leather bound books way up on top have a meaning?
3.   Did anyone read those books?
4.   If they did, where would one start?
5.   If the books were read, did anyone read them from start to finish?
6.   Who re-shelved these books?
7.   Would one have a cool library ladder?
8.   Who dusted those books (a female servant?)?
9.   What happened to those books as they deteriorated? And who ever checked to see if the crumbling books should be thrown out?

Did anyone actually know what books they had?
That is all I wanted to know. Well,not all, but I am certain you may have questions of your own. Any answers?

Wednesday Words...Frank and the snow

Weathermen in the Northeast called the latest snowstorm an anomaly.  Frank was called in to the warehouse to forklift pallets of salt for the snow plows.

He had wished to be part of the snow plow guys, but he wasn’t ambidextrous which was great help in such a job and meant better money.  Frank continued to deliver bags and bags of salt.

Finally tow trucks were able to pull abandoned cars to the impound lots, including Frank’s new sports car.   Always deleterious in care of his belongings, Frank discovered heavy salt residue mixed with icy snow covering the car had eaten through the snazzy black paint, creating zebra stripes in the paint.

Frank shook his head sadly.  At least he had been faithful to pay his car insurance.

These italicized and bold words, sentence phrases are provided by Delores from Under the Porch Light.  Each Wednesday,  Delores provides six daunting words for any who wishes to participate in this writing challenge. Please visit her site by clicking on the shivering cardinals in the sidebar; you will find other writers who have taken different slants on these words!  You should be intrigued...

When You Are Old

When you are old and grey and full of sleep,
And nodding by the fire,
Take down this book
And slowly read and dream
Of the soft look your eyes had once,

And of their shadows deep;
How many loved your moments of glad grace,
And loved your beauty with love false or true,

Loved the pilgrim soul in you,
And loved the sorrows of your changing face;
And bending down
Beside the glowing bars,

Murmur, a little sadly,
How love fled,
And paced upon the mountains overhead

And hid his face amid a crowd of stars.

Are you a good negotiator?

When you were trying to get the car keys, did you manage to convince your parent how logical it would be?  To buy a used guitar for $25 instead of $35? To stay out past the curfew time?  To buy a used car way under the sticker price?

Did you succeed with other negotiations?

Benjamin:  We need another idea.  Let’s watch a movie.  On that TV.

To some, the art of negotiation is inborn; it
comes with the genes. 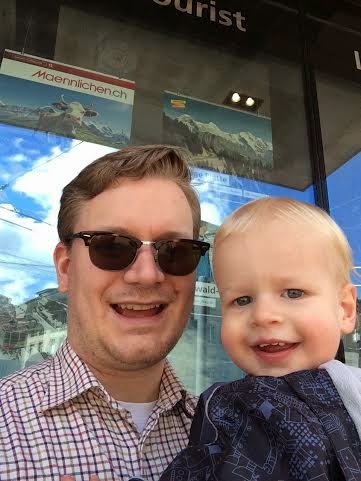 Staff Sgt. “Buffalo” Bill Wheeler slung his army duffel over his shoulder, every inch a dignified soldier. Passing the baggage claim carousel, he stepped outdoors onto the cold cement where buses and taxis created clouds of diesel and roars of engines.

Sounds grabbed, yanking him back.

Frenzied screams tore through the smoke.  “MEDIC!  Medic...Corpsman, over here!” Bill trudged through blood and blue shadows, searching for the sources of the screams.

Looping around slopes and brush, he found his wounded comrades.  Gazing into the wounds, Bill realized most were almost dead.  Hang on, Private!  That’s an order, son!

Artillery explosions threw debris and billowing smoke filled the sky, sheltering them under the midnight sun.

A familiar voice pulled him back to the cold cement.  “Hey, there! Buffalo, you old man.” He hugged Staff Sgt. Bill.  “Why, you got yourself a new leg, dude!  Shiny thing, too.  And…” he looked at Buffalo’s face.  “Those scars make you look better.  Ladies like the scars, man…”

They walked on, Bill wondering if he would ever feel harmonious and safe with this new life.

These italicized and underlined words, sentence phrases are provided by Delores from Under the Porch Light.  Each Wednesday,  Delores provides six daunting words for any who wishes to participate in this writing challenge. Please visit her site by clicking on the shivering cardinals in the sidebar; you will find other writers who have taken different slants on these words!  You should be intrigued...

Journey of holiness
Painted by in a thick
Line of religion and inquisition.
A quest, a crusade
To rescue what is and is not
Sacred.

Painted line
Grows wider,
Becomes stronger,
Killing in the name
Of ?what? whom?

Finely penned ink on parchment,
moments captured for history to see,
to judge.

“Then you might have seen many a banner and pennon of various forms floating in the breeze—helmets with crests, brilliant with jewels, and shining mails, and shields, emblazoned with lions, or flying dragons in gold.”

Email ThisBlogThis!Share to TwitterShare to FacebookShare to Pinterest
Labels: blood, Crusades, Middle East, painted lines, then and now, war is war, what changes, year 1014 and 2014

Nine steps…bathroom and its cold bumpy tile.  Those ridiculous river rock titles that make a path to the toilet, to the shower and now the modified sink…Life is bumpy, will become bumpier, and then what?

Eight steps…a painting Elaine had done once, when all had been well and her hands did what she said.  The colors and the brilliant textures Elaine felt in her mind, painted with a broad brush and pallet knife. How glorious!

Seven steps: sixth—a step up, fifth step…then the landing, all with the blessed railing.

Fourth, third, second, holding onto a thick rope and then Praise God! Finally the last step…her bed with night gown and turned down covers, soft and warm, producing a deep sigh of relief.

Lamp light filled the room.  It was night, but for some reason, knowing light glowed above was a blessing.

Diabetes is a disease increasing in numbers as more and more people become obese.  Diabetes has become a part of my family members.  Blindness can be caused by this horrible diabetes.