Living in the Fast Lane 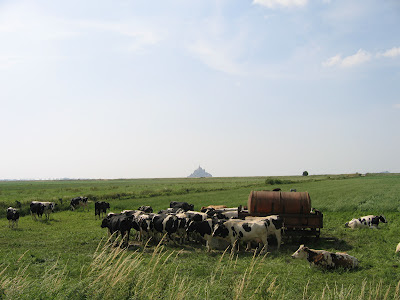 When we moved here to sunny San Diego County, we chose a city that was more rural than city.   With cows grazing in fields, orange groves, and huge gardens that sold produce in road-side stands, we loved it.  The hills around us were covered with rocky outcrops with patches of manzanita and sage.
What a pleasure to be outside!  Wind from the west sent the smell of cows (and manure) our way. The north wind gave us eucalyptus.  From the south came the sweet citrus orange blossoms.  The eastern winds from San Jacinto Mountains and deserts gave me a migraine.
That was nearly 25 years ago, and life in California changes at a rapid pace.
On the hills we now see expensive homes with a superior view.  The rocks are still there, but for how long?  Until another housing developer blasts them away? 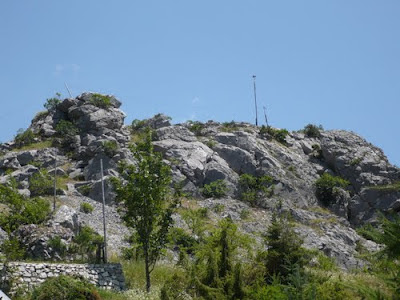 The cows grazed on mighty expensive land, it turned out.  Those lovely black and white cows were moved out and a new high school moved in with parking lots.
The brittle eucalyptus trees grow at an alarming rate.  We had four and had to remove them; they were a danger to houses around us.  Brought here by Spanish padres from Australia, those trees took over the state.  Not a source of lumber since the trees shattered and burned easily, the trees are being removed. 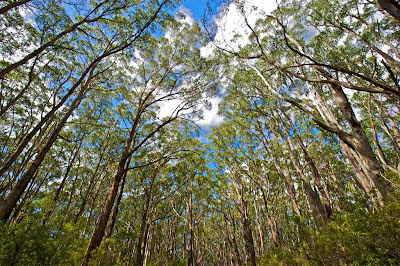 Orange groves once covered large parts of southern California.  Once a heavenly-scented place to live, the groves are gone with houses in their place.  The grove to the south of us sat for years on a big corner lot.  Ignored, oranges dropped and rotted on the ground.  Without water, the trees were gnarled dwarfs. 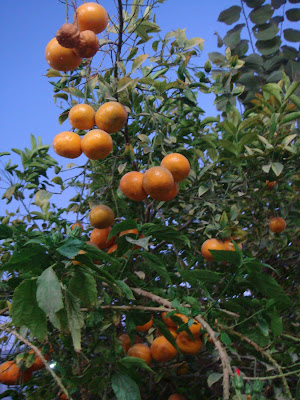 Yesterday, on a drive to the store in that area, I was shocked to see the trees bulldozed into a pile in the middle.  The lot was valuable and had been sold.
So, the only thing that remains is the Santa Ana wind from the east.

That, unfortunately, will always blow through my head, giving me a migraine.
The photos comes from the following sites:
Gettyimages.com
http://www.panoramio.com/photo/40275361  by Cyborg
http://freepages.family.rootsweb.ancestry.com/~soakbear/ca-trip-2005/calif-2005-d.htm
Posted by Susan Kane at 5:00 AM

Email ThisBlogThis!Share to TwitterShare to FacebookShare to Pinterest
Labels: change is inevitable, changes in surroundings, landscapes