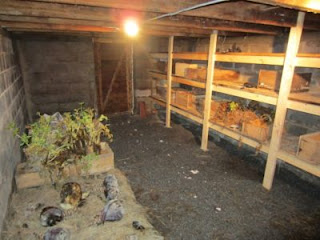 digging a root cellar
The cellar, Jackson sighed as he descended moldy steps.  Having worked from attic to cellar, Jackson had just eaten a copious number of brownies Grammy forced on him.  Oh, Jackie!  What an industrial (industrious) little boy you are!  Have another brownie…
After a pot of black coffee and a belly full of brownies, Jackson was galvanized to tackle the dank cellar. The first few boxes were with junk.  Then the third box yielded treasure.
An old camera from long ago era, 1870s maybe Civil War? Riveted by the tin-type photos carefully labeled with names, Jackson could pick out physical resemblances in his own generation.
Jackson froze when one branch of the family turned and headed to hidden family names, absent from family conversations.  One of the great-great-grandfathers was Amos Lee, a black soldier and his black wife, Martha Lee held a child on her lap…Jackson Lee.
It was a page turner.  Tin and glass plates led to Seneca tribes in New York and then onto Oneida tribes, some twigs went to the Lakota tribes in the West.
Well, that’s a hell of a thing…Jackson smiled.   Trees have to have deep roots.
This is a Wed. Words challenge for all bloggers. These were started by Delores who created this as a genre for all to grab.
This one is from 2011? I think. Have you ever been in a root cellar?  We had one, 100 years old.  It wasn't all that secure.
Posted by Susan Kane at 5:00 AM