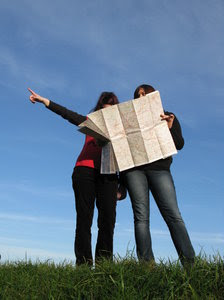 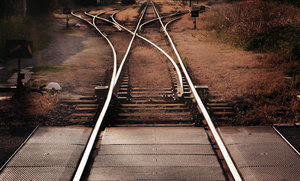 Another time while I was traveling, I needed to find my daughter who would meet me somewhere, after I called her.  My cell phone was almost dead, I was in a foreign country where English was not universally spoken, and I was lost.  Deciding to turn left and go to a bus-hub corner, I made my last possible phone call.  She answered; she was across the street in a café with red umbrellas.  They had decided to have a coffee there spur of the moment.
This seems to happen more often to me, as I have learned to be aware of that ‘voice behind me’.
What about you?  Have you ever had an experience like that?  What happened?
Posted by Susan Kane at 5:00 AM