Time.  We all moan about not having enough of time.  I used to tell my children that they had too much time on their hands if they were getting into fights.  My husband always has big plans for projects he will do over the weekend, but on Sunday night, we look at each other and ask, “Where did the time go?” 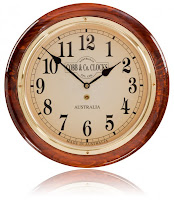 That is the big question of the day:  Where did the time go?
It is not as though it slipped behind the bookcase, or joined the lost remote in the sofa cushions.  It certainly isn’t hiding with the , which my husband has AGAIN misplaced!  Time seems to run away from us, like a small child who has just discovered he can outrun his parents.
In “Star Trek: Generations” with Patrick Stewart as Captain Jean Luc Picard (sighJ), he is confronted by Dr. Tolian Soran, played by Malcolm McDowell, who says, “Time is the fire in which we all burn.”  Picard has just learned that his brother and nephew have perished in a fire, and this statement hits him rather brutally.
Is Dr. Soran correct?  Is this the view that most people accept?
I don’t believe, or can’t believe that it is.
Time is the ticking of some form of clock, to be sure, but it is also an accumulation of life experiences, memories, events, and closely held loved ones.  Time is a steady revolution of the earth around the sun, a myriad of glorious sunrises and sunsets, the rushing of the foamy tides.  Time is holding the hand of my husband on our wedding day, and still holding his hand when we are old.
Jean Luc Picard, at the end of the movie when all action is said and done, concludes that time is much like an old friend who moves along slowly with us through our life time.  I really like that conclusion.  “Do not go gentle into that good night!  Rage, rage, against the dying of the light!”  as proposed by the Welsh poet, Dylan Thomas is certainly an option.  But, as for me, knowing that the closing of my eyes as a mortal being, and the opening of them to behold God for all eternity, I prefer that measurement of time.
Posted by Susan Kane at 5:00 AM