Songs made by Clay 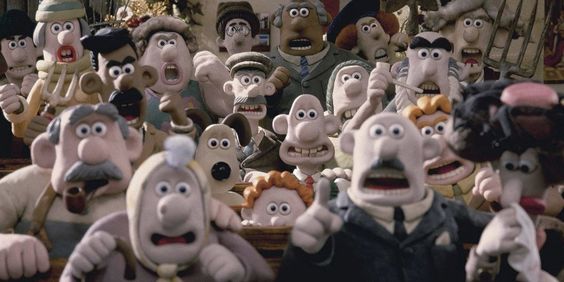 Claymation became a huge success in late 90s, finally hitting the market with "Chicken Run" in 2000. It seems it is a child movie, but no. Themes and characters are complicated  to grab parents this time. Children will still enjoy, but will miss the stuff that makes us giggle.

Claymation came about in the 1837, why or how I don't know. In 1937 when Disney was experimenting with it, Snow White. Then, the creator was Sir Nicholas Park with a long string of successful creations. Sir Park and his talented crew made some crazy good stuff.

Christmas movies got a big boost by the technology that was part of this. Frosty? Rudolph? Yes, those were the early years.

Get out some play doh or whatever clay, see what you can do.  Make a few to improve.  You can do this.

I recommend that you watch bits as each adds up to 3 minutes. I would personally watch them all, from frame to frame, because the art and talent are incredible.