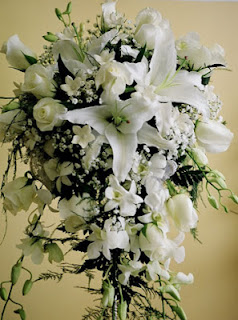 True stories or at least stories with some basis in truth are the best stories.  Events happen and years after in the retelling, people ask, “Did that really happen?”  I say, “Well, yes.”

One wedding story told in our family was about a family who moved into the community in the 1930s.  Not part of the town’s gene registry, the ‘Windsor’ family felt a strong need to prove themselves to the small rural town that they were a cut above the locals.

This did not help their cause any, let me tell you.

Oldest daughter, 'Renora' was engaged to young man from their previous state.  All the friends and relatives drove hundreds of miles to this small town.  Mrs. Windsor had something to prove to the family, friends, and the local rubes:  The Windsors were a classy family, and don’t you forget it. 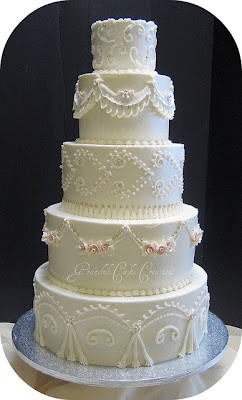 Mrs. W. spent almost two years planning the wedding.  Renora was graduating from the University right before the wedding, so Mrs. W. had poured herself into every detail.  The whole house had been remodeled and the garden had been replanted, because the formal reception was to be held there.

Most people of the town held the reception in the church basement or the American Legion Hall.  It was a potluck, and one of the townspeople made the wedding cake.  The bride’s mother made the wedding dress and the two bridesmaids’ dresses.  Period. This was how weddings were in this town.

The Windsor wedding was not to be like that, no.  The bride’s gown was made in the city.  The five bridesmaids’ gowns were designed by Mrs. W. and created by a professional seamstress who was fitting the gowns at their previous town of residence.

In fact, a caterer from the next county over was providing the luncheon, while the wedding cake was
being transported from their previous hometown.

The day of the wedding was a fine warm June day, with sun and a nice breeze.  It was lucky, because there had been tremendous humidity the week before.  Hot, oh it was hot, and muggy, oh it was muggy.

The men folk from out-of-town wore black tuxedoes.  The women wore tea length chiffon gowns and hats.  The bride and five bridesmaids entered to Trumpet Voluntary , since one of the friends could play the heck out of the organ.

Nothing was notable about the wedding.

Then the organist lit up with the recessional, and the congregation stood.  At least the locals stood.

The out-of-towners tried to stand, but seemed to be stuck to the pews.  After some effort, they rose en mass, revealing that the varnish on the pews had suffered mightily in the humidity; the backs of the visitors were covered with varnish.

In truth, so were the locals, but they weren’t concerned about their cotton clothes.  A little kerosene or lighter fluid would take care of that.

With her jaw and nose elevated, Mr. and Mrs. W. made their way down the aisle, nodding and smiling aloofly.  This would not ruin their day, dang it.

The limousine entourage led the way to the reception and the locals strolled there, since it was only two blocks away.

They all arrived pretty much at the same time.  The caterer was pacing the porch, while the guests arrived.  He pulled Mrs. W. over and whispered to her as the wedding party moved on to the garden.

As the guests stared at the cake, Mrs. W.’s scream could be heard.

You see, in the sunny warm day, the wedding cake had melted, completely slipped off the layers and plopped on the grass.  Surviving the journey had been enough, the cake gave up its frosted glory on a June day.

Well, yes.  It is true.  Only some details have been changed.  As you know, it is wise to change some details.
Posted by Susan Kane at 5:00 AM