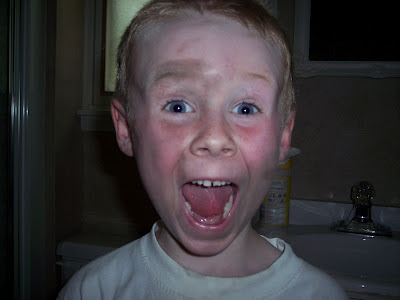 Since his shearing, there had been a quiet lull with Samuel. The Parents let Grammy babysit one afternoon.  Surely she could handle Samuel now.
They sat in a triangle:  Grammy on the sofa, Samuel on the floor with his Legos and beach bucket set, and Ginger the Tabby on the window ledge.  Grammy put on “Little Einsteins”, and watched the children pleading for the audience to ‘pat, pat, pat’.
Ginger stared at Samuel.   Go ahead, kid.  Make your move.
Samuel watched Grammy down the clear liquid with a slice of lime.  It wasn’t water, he knew.  That’s The Daddy’s Special bottle, lady.
In time, Grammy’s head drooped, just as the red rocket rose into the sky.  Samuel shook his head.  Oh, Grammy.  You are no Nana.
Samuel pondered his options.  The plant?  No.  The curtains?  No.  Then he looked at the cold fireplace.  Excellent.
Samuel took the sand bucket and shovel to the fireplace.  Oh, so much better than I thought.  He viewed the pile of ashes and the soot. 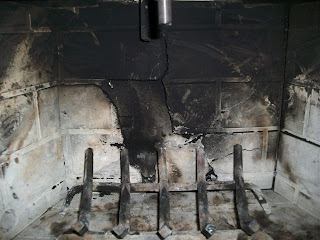 Always a hard worker, Samuel filled the bucket with the ashes.  With quiet care, he carried it to the kitchen sink where he could just barely reach.  Dumping the bucket, Samuel returned to the task. Ashes and soot marked his journeys. 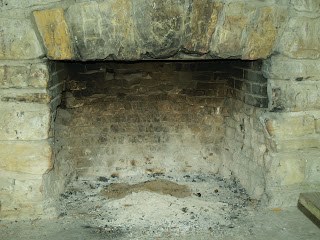 Wiping his hands on the carpet, chairs, and curtains, Samuel took bucket after bucket to the sink.  It was tiring to stretch to the sink.  Samuel headed to the bathroom where the toilet was an easy reach.
Viewing the fireplace, Samuel rubbed his hands over his stubbly head.  A good job well done, young man.  He climbed up next to Grammy and kissed her face.  She snored.
Yes, Grammy.  You are going to be in such trouble.  With that thought, Samuel decided to help the red rocket fly, ‘pat, pat, pat’.  The front door opened.
Posted by Susan Kane at 2:22 PM