Superman, how I loved you. 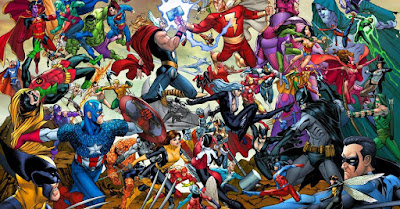 strongest heroes
A question was asked about Comic Books recently: Which is/was your favorite comic series?  With all the Marvel Comic movies capturing audiences and making big bucks, that is a good question.
Peter Pan was my hero until I hit age ten.  “Superman” had been a favored television show, which I watched unfailingly.  He almost threw Peter Pan off the throne, until George Reeve’s sudden and questioned death. 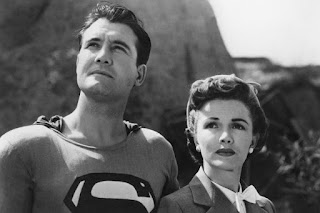 Lois Lane
Peter Pan was back in my imagination, until something happened to me at age ten.  I did not know why the change happened (hormones), but Superman was in my head and kicked Peter Pan out.
That might also have something to do with the availability of Comic Books in the Benjamin Franklin 5-and-dime.  Superman was about hand level for me and cost about five cents.  Every first comic in the row had been thumbed to a fare-thee-well, with kid-sized finger prints covering in page.
Although I did not technically get an allowance (on a farm, kids were free labor), my mother did give me a quarter for my own shopping pleasure once a week at the big town fifteen miles from the farm.
At first five cents bought an un-thumbed copy (from the back) of comic book, Superman!!, then it moved up to 10 cents. That left me enough to buy fifteen cents worth of chocolate at the candy counter, which I finished on the way home. 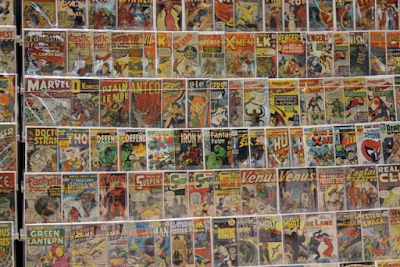 I successfully hid my stash of Superman comics from my brothers, since they were disrespectful swine who had already destroyed my first five comics.  I had quite a collection hidden away, until I returned from an hour long visit with a neighbor, and found my collection torn and shredded all over the yard.
My brothers waited for sister-explosion, but none came.  What was, was.
This was posted back in 2015, 2019, and 2020.
1958  My siblings: Robert, Don, and me; Mary 2 yr. old, and Bill 4 yrs. old. The boys grew up to be decent adults. My sister was always a marvelous person.
Posted by Susan Kane at 5:00 AM