Autumn from Back Where

Back in the Midwest, it was as if my world took a deep breath and said, "Finally." Then overnight my life would be surrounded by gold and red.  But now, my world is a desert in southern California and rich color exists in another place.

It makes me hunger for and a little bit jealous of “back where” there is such a thing as autumn.

Instead, we have wildfire season in California and the fall colors don’t exist, except for a few odd trees. What I do have are photos I took in late October 2009 on a walk with my brother, Don.  The photos taken were put into an album to give as a Christmas present for my mother who was in fading and failing health.

These are memories of Autumn and a small town, in 2009: 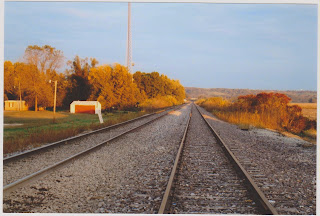 Tracks will go on for miles and miles, connecting
with other tracks. 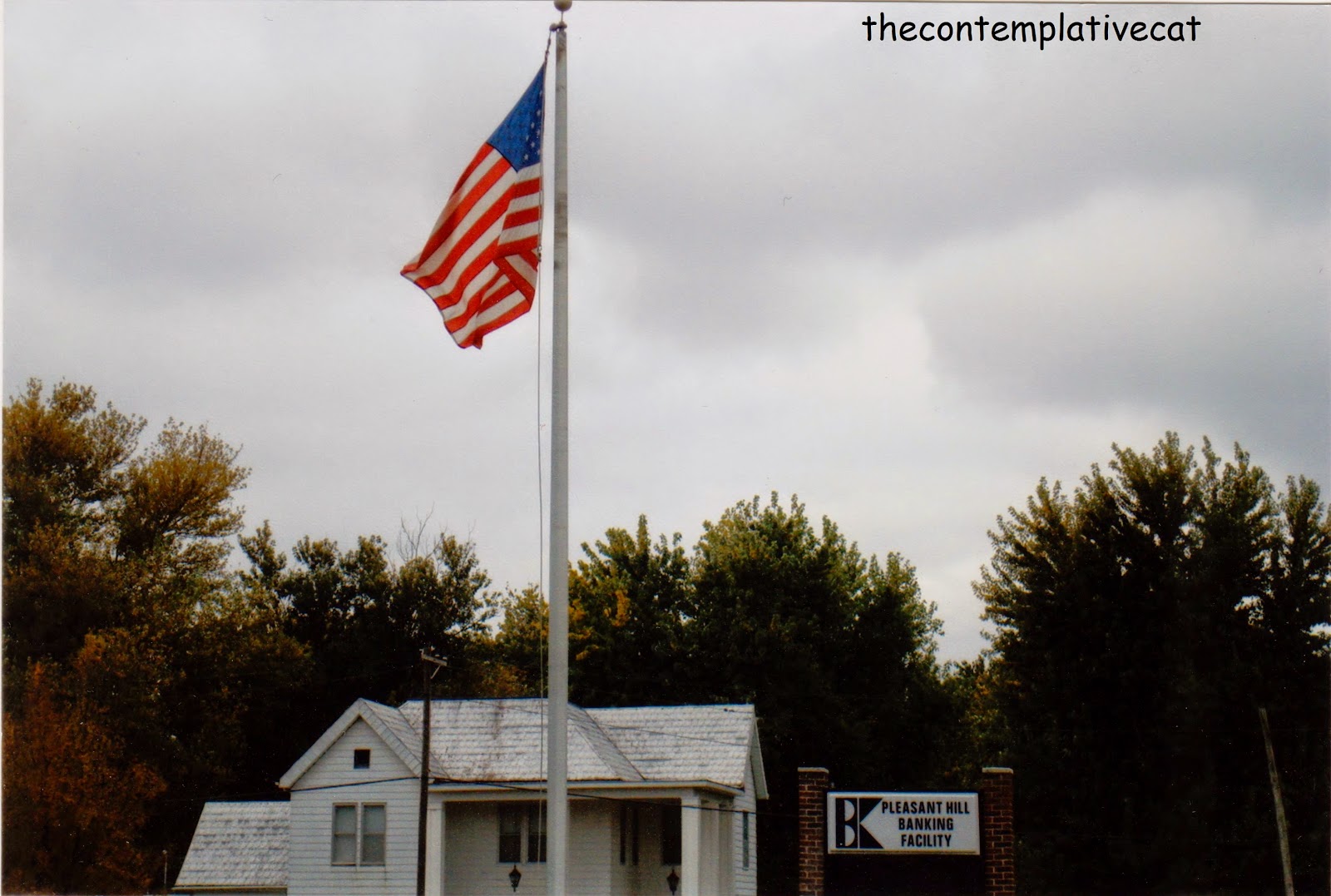 An old house next to the bank 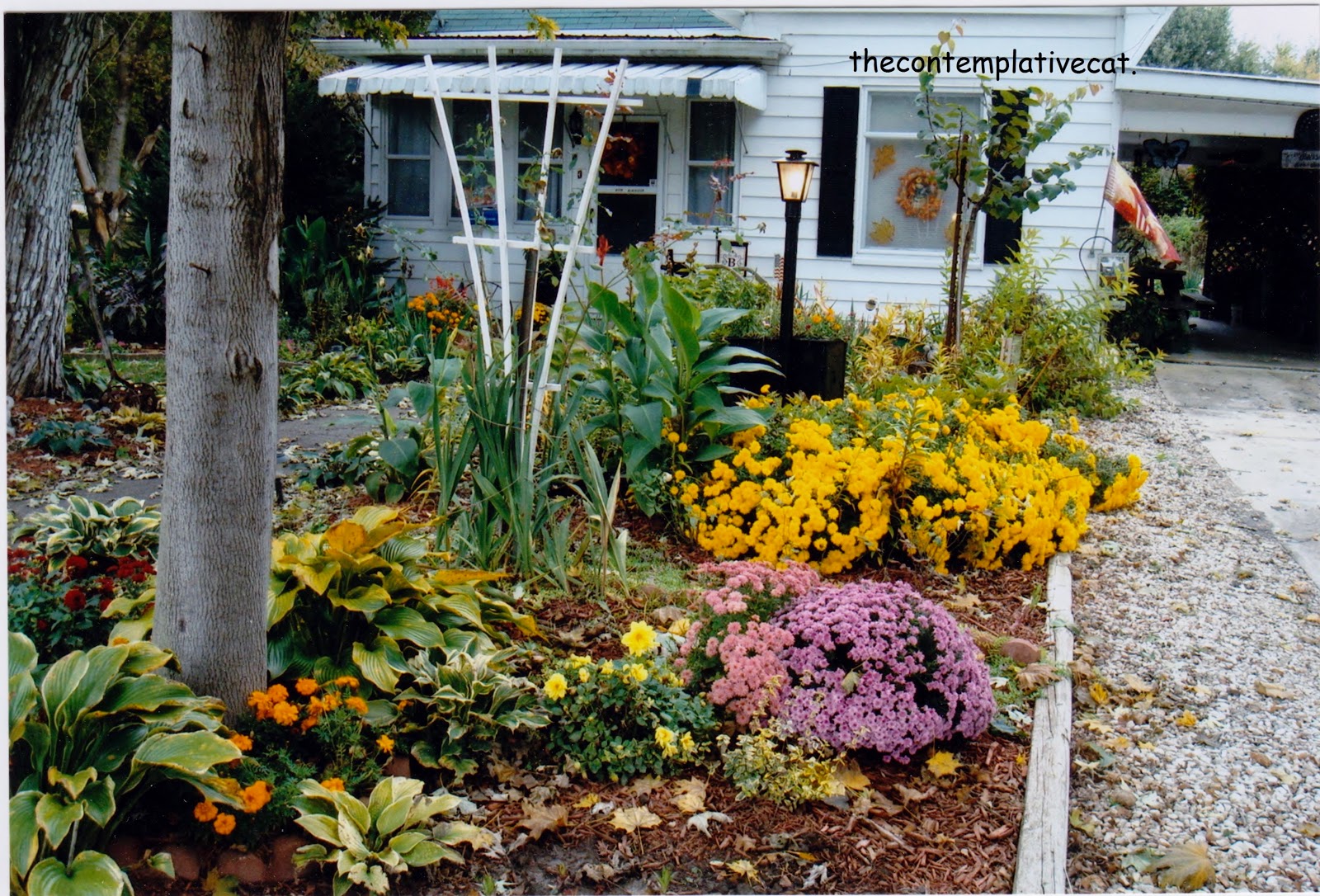 Mom's neighbor.  Mom could tell me who they are, who there parents were... 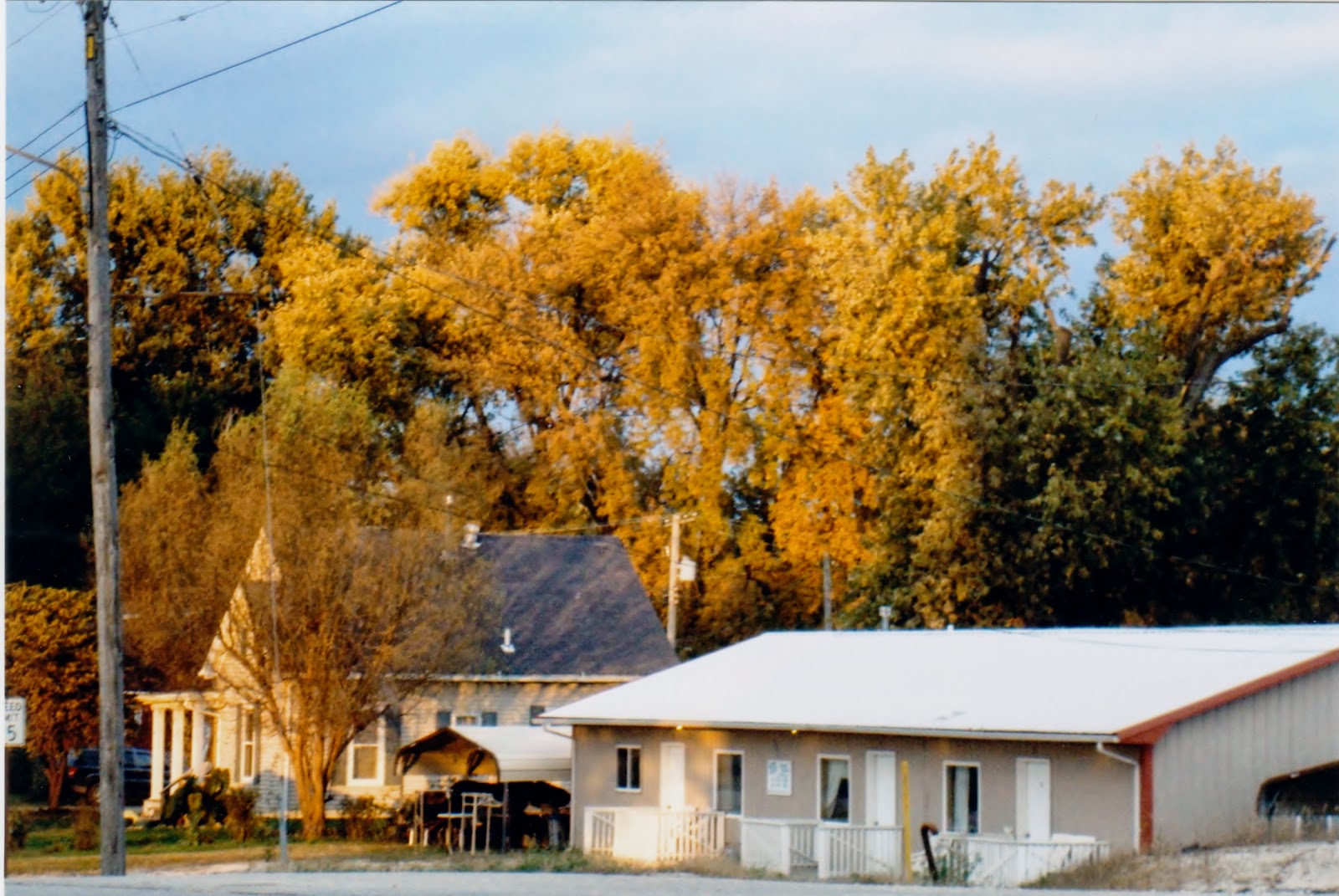 Small rental apartments next to the train track.  This
used to be a veterinarian office when I was young. 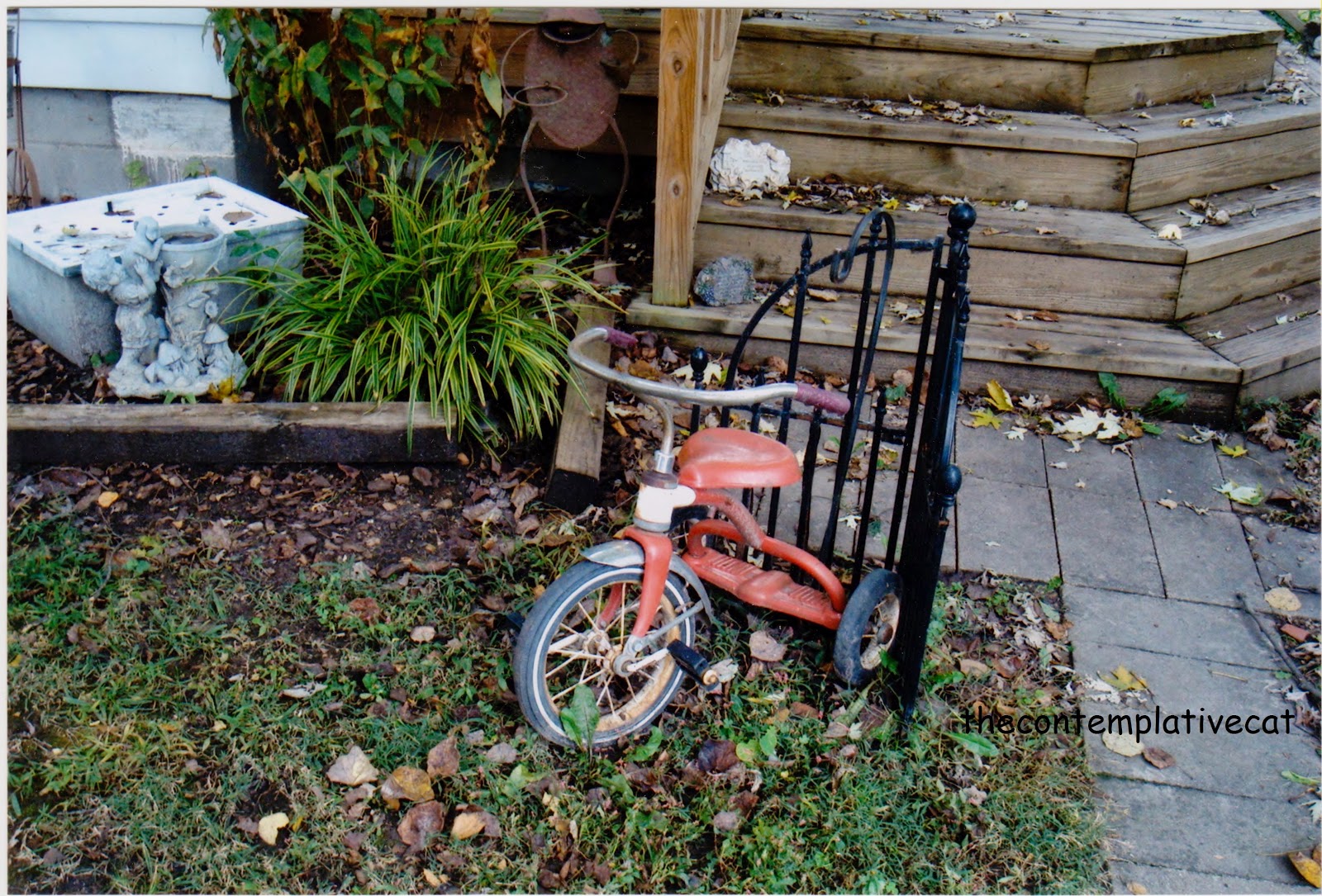 A house near the local funeral home 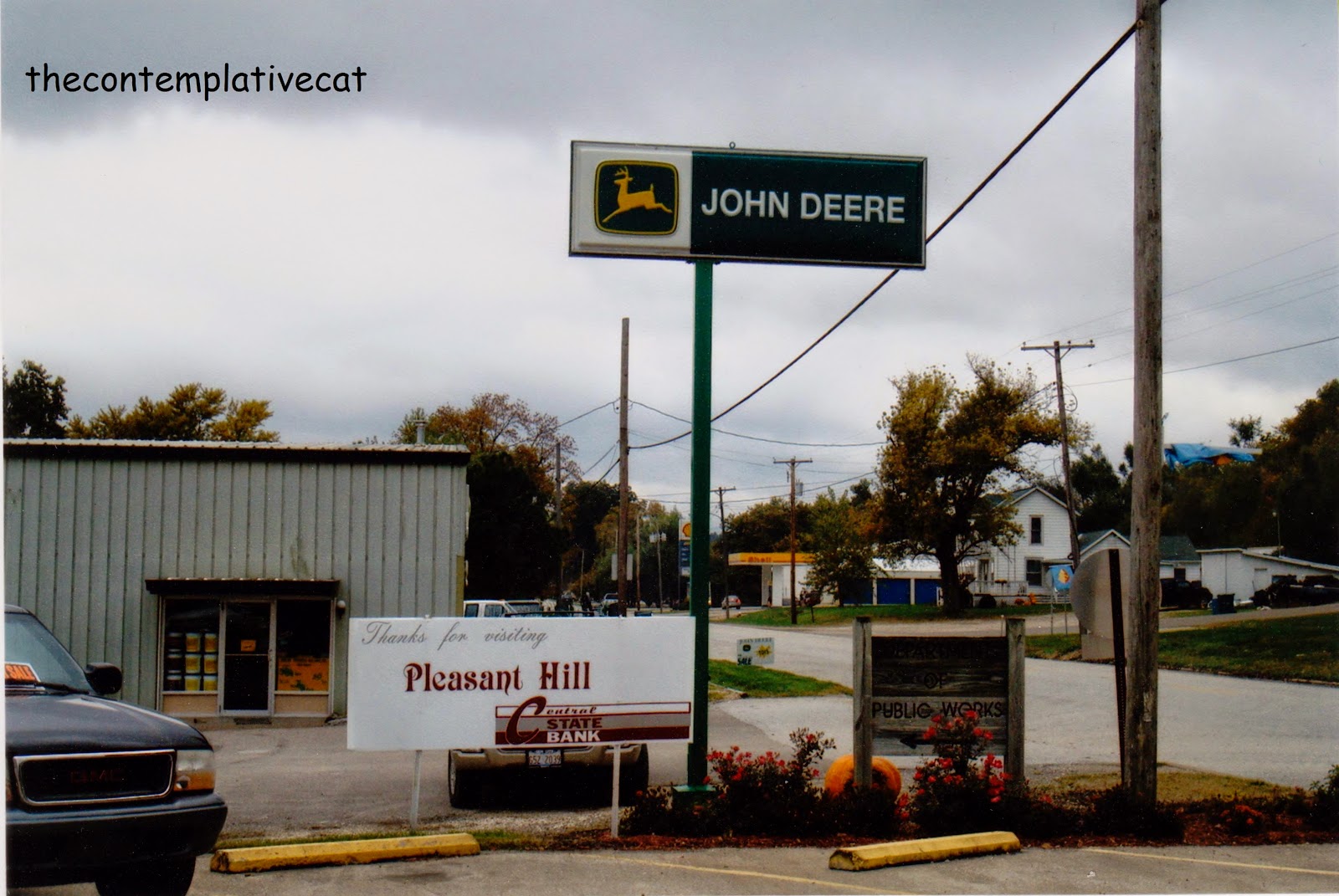 After my father retired from farming, he visited with other farmers at the John Deere
store every day.  Sometimes he drove to another John Deere store to pick
up parts.  Now they are ordered and delivered through computer
magic. 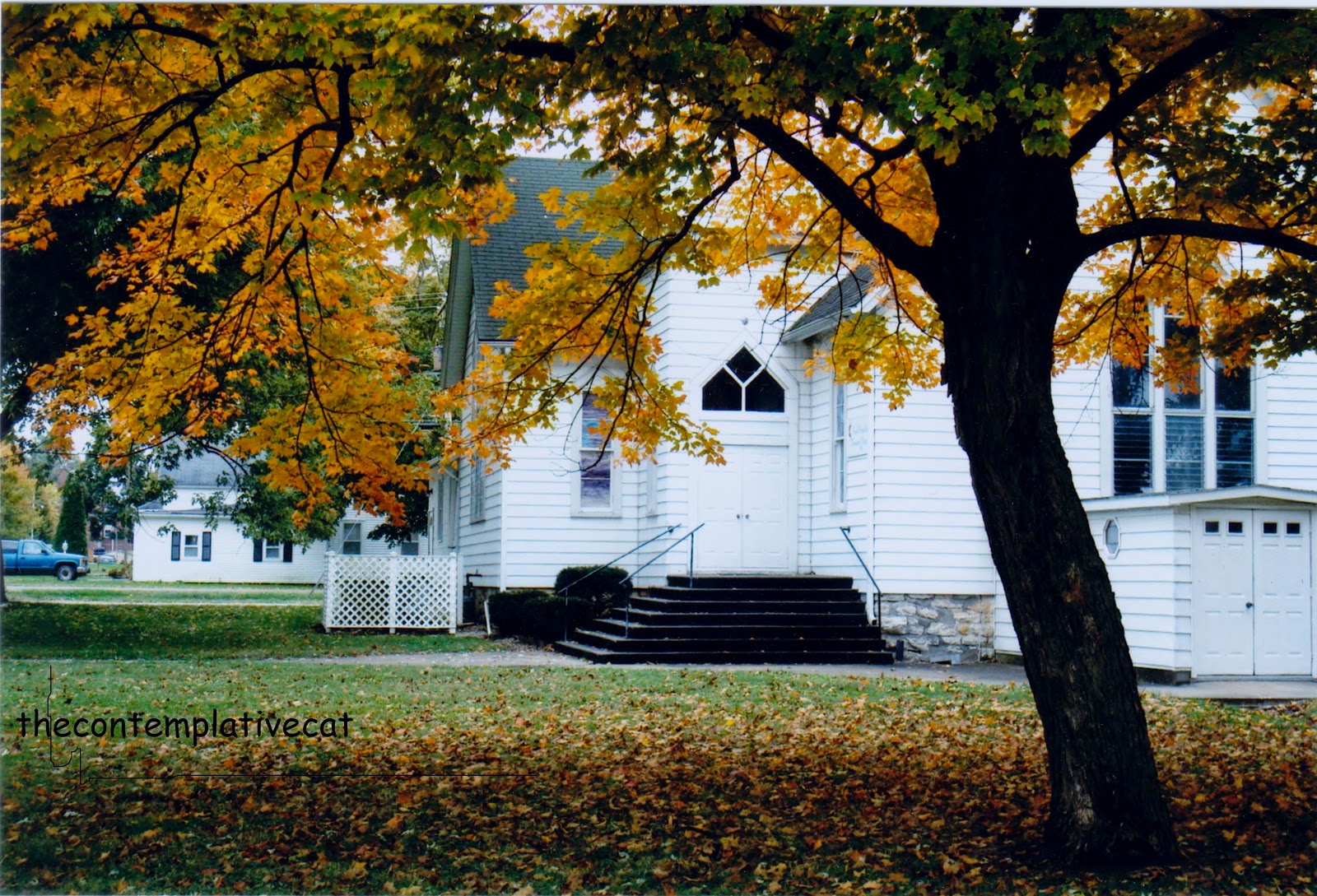 The Methodist Church from mid 1800s.  Young couples
would meet on benches (out of sight) and talk/kiss. 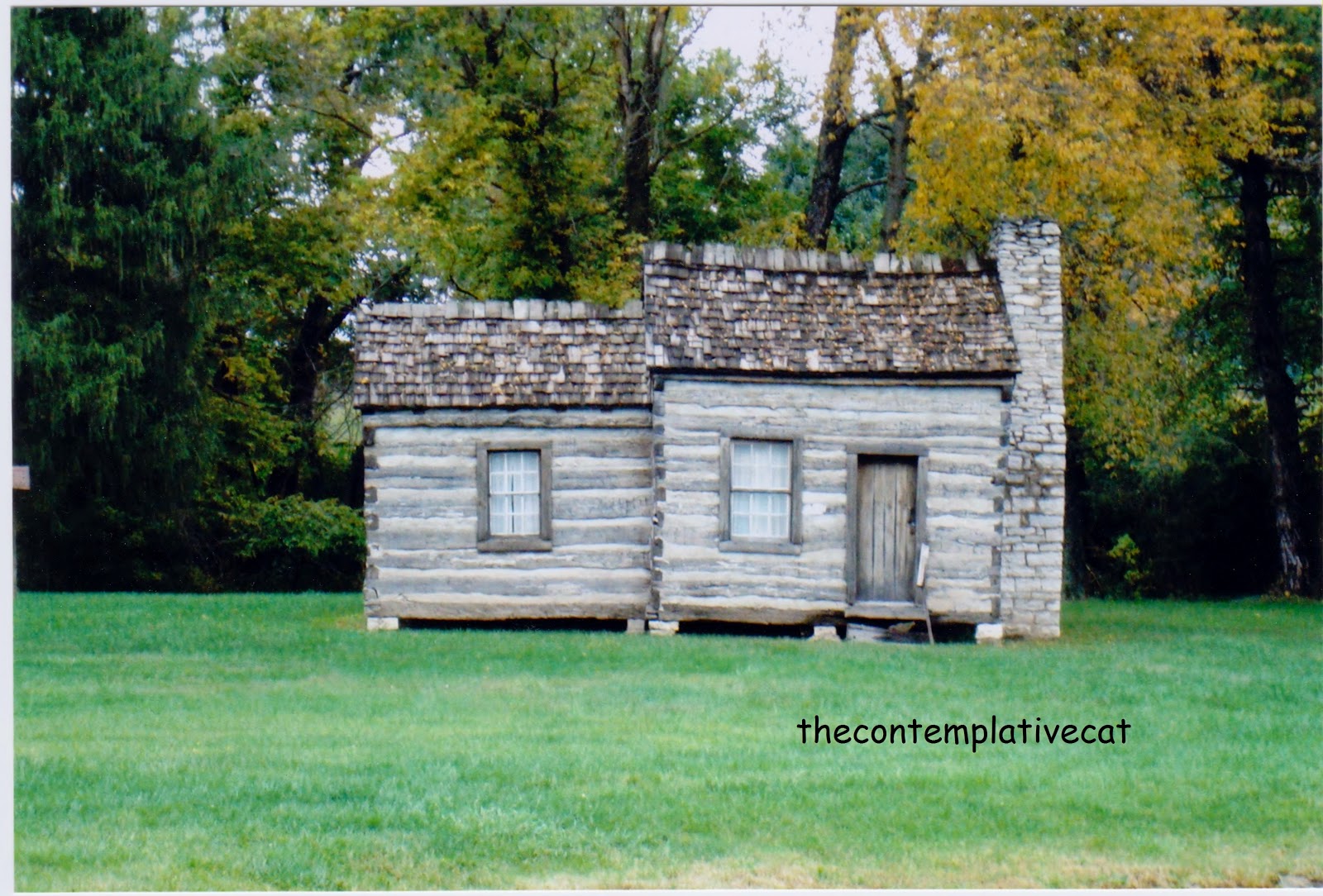 This log house was saved and then moved to this site.  It dates back to 1820
and across from Stark Nursery, where the first Delicious apples were
created by someone who brought up a "scion" from Kentucky which
was grafted and cross-pollinated. 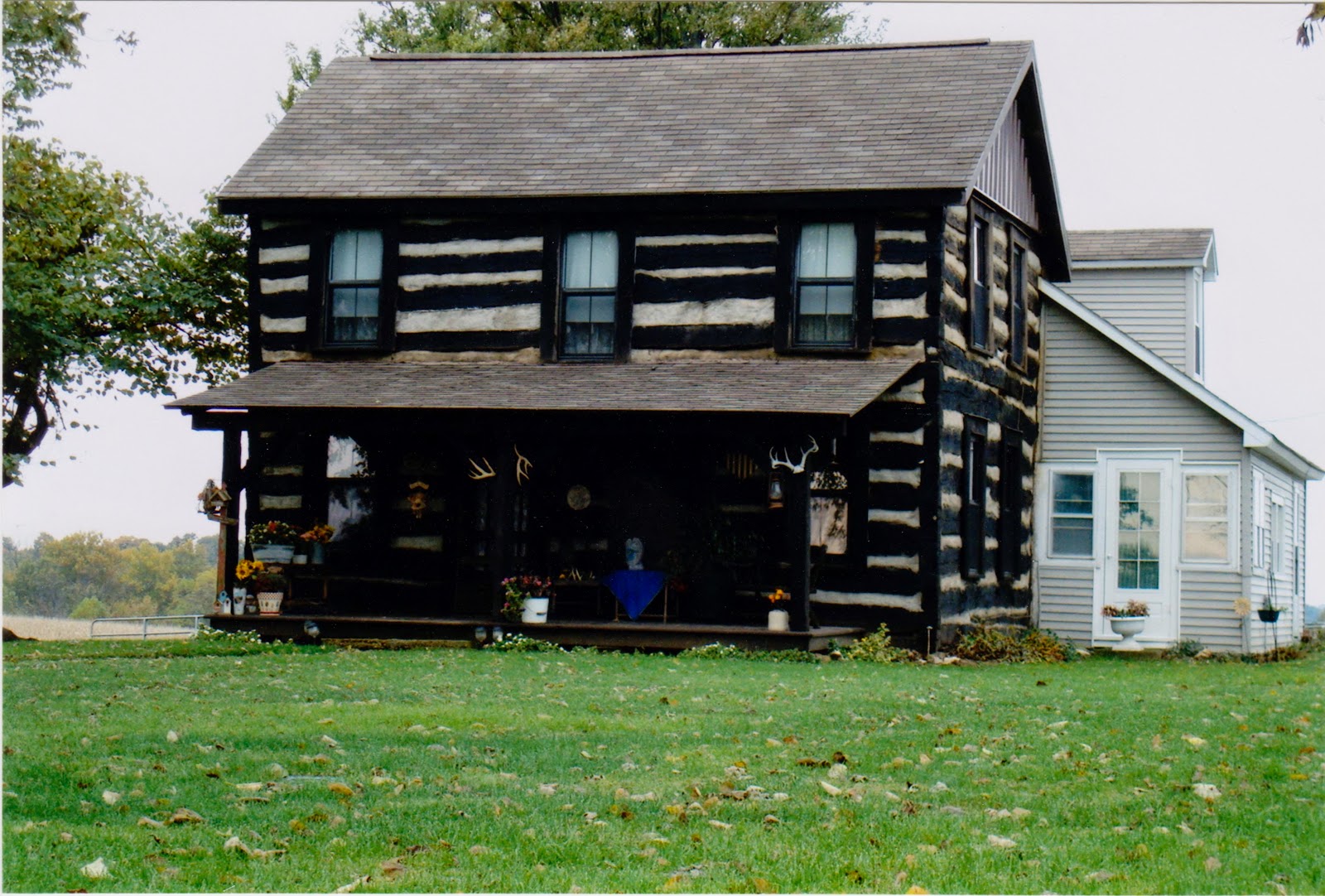 This house was restored and is now occupied by some very hard working
people whom my mom knew.  Yes, she could cite their lineage. We
stopped and peeked in the windows while it was still
under construction.  Mom had no shame, and was friendly with everyone, who
also knew her own lineage. 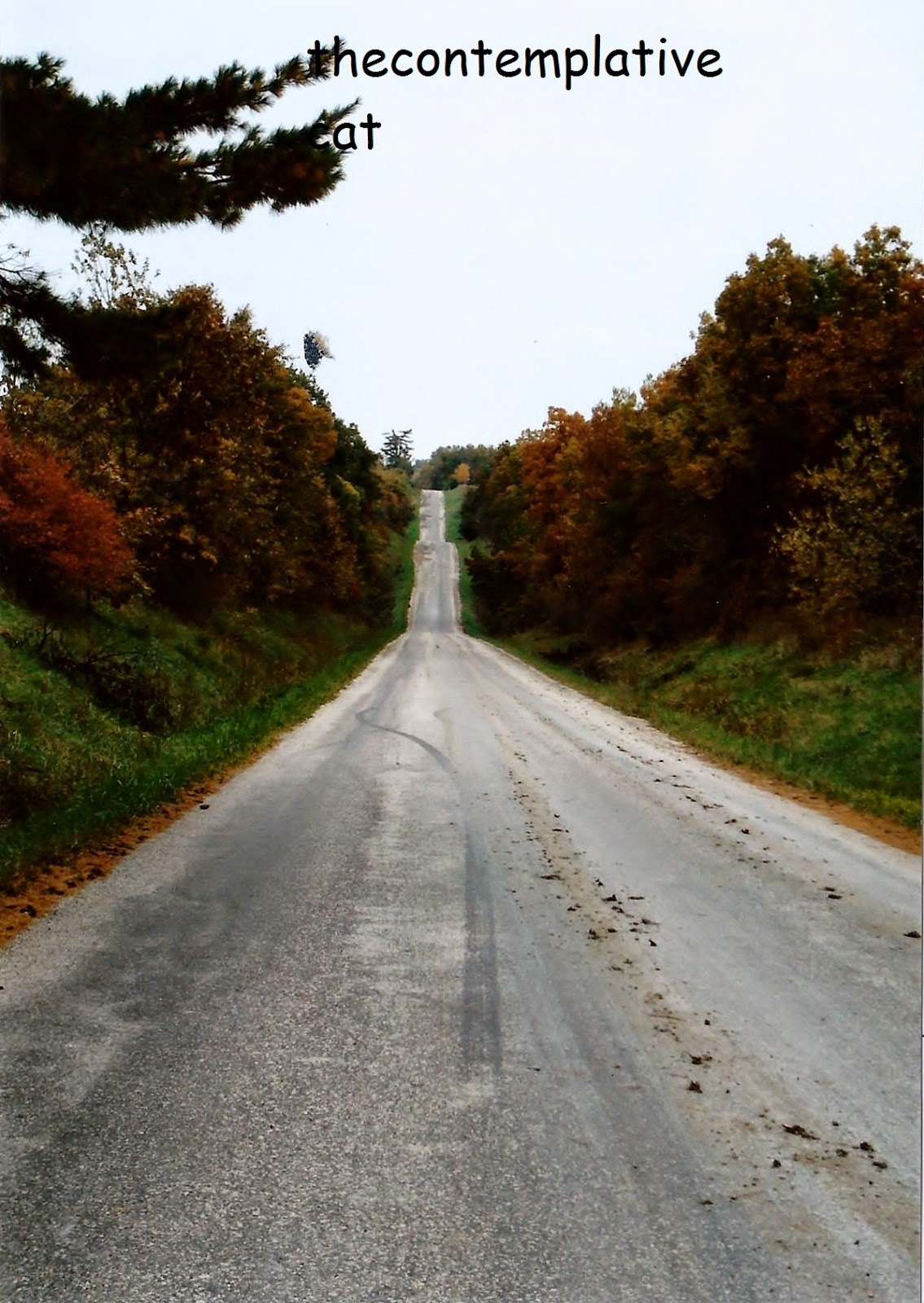 Somewhere this road will come to an end.

These are Autumn memories from a past shared by my late Mom, brother Don, and me in 2009. My eyes ache to see the leaves and this part of my family, those whom I love.