When our gr-daughters were off for spring break, we invited them to go on an adventure to see the Sequoia trees in Yosemite, California. We all had wanted to take this trip for some time and this was a perfect time.

Sherman tree, largest in the world by mass. Girls showing true selves, and all that. 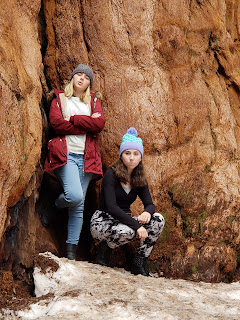 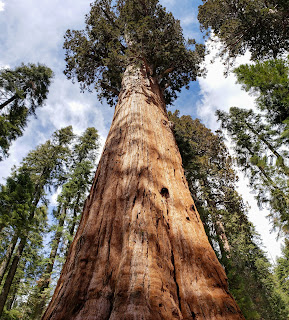 Grant tree, 2nd largest. There was too much snow to get to see it. 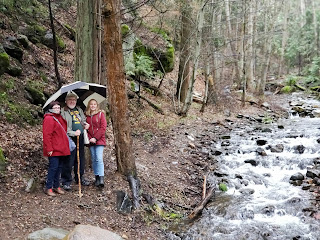 I fell here, but then I fall everywhere. 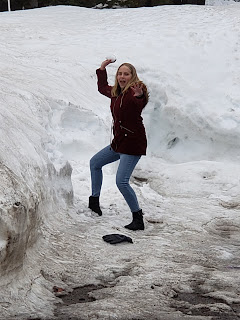 Snowball at sister. Never been around snow before. 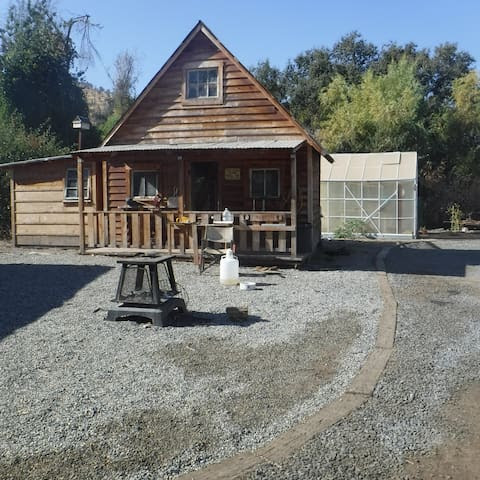 This is what we expected, given the info provided by host. Rustic.

This is what we saw when we got out of the car.
Neighbor said it had burned down 10 days ago. 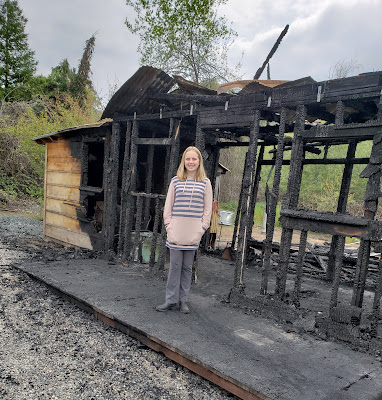 Then the owner pulled in, saying that he didn't know this had happened until he received notification from fire department. He said we could stay in the other two rustic apartment, but there was no electricity.
We asked what we could do. He said that he would rebuild.

The neighbor told us about Camp Nelson Lodge in Springville, CA,  about 10 miles away.

It was awesome. Truly awesome.

It did remind me a little of The Shining hotel in how perfect it is.
Apparently this entire mountain has areas known for hauntings, which we didn't know at the time.

The entire lodge is pristine, no dust anywhere. I checked. Hmmmm.