When Jimmy Carter became president in 1976, many events and hardships followed.  The list is long, infuriating, and filled with needs that stuck us hard in many ways, mostly our pockets.

In those years of his presidency, inflation rose, interest rates soared, and our family needs increased.  Our baby Mary was born on New Year’s Eve in 1980, just when we felt our bank account echoed like an empty canyon.

John worked at a property management company, collecting rents, evicting, arranging for repairs.  With the rough economy, apartments stood empty and renters did not pay.

Our income shrank. Details aren't important, but December was.  We could stretch our money only so far, and Christmas was beyond our stretching reach. Facing each other the day after Thanksgiving as we decorated our Kmart artificial tree, the question hung in the air silently.  What are we going to do?

Erin was five, Johnny was three, and Mary was one—the older two danced around the lighted tree, laughing as we were almost crying.  What are we going to do?

A coin jar was on a dresser, where we had emptied pockets of coins from pockets over the past two years.  Maybe?  In a quiet house, John dumped coins onto the kitchen table and we began counting.  Stacks of quarters were few, followed by more stacks of dimes and nickels, but the pennies were a sea across the table.
Fifty two dollars and some cents.  That was all we had. Every penny.  We leaned back in our chairs and considered what we could  do.


An unspoken understanding affirmed that would be packages under that cheap tree, and our children would have piles of wrapping paper around them.  So it began...the search for our children's Christmas.

Why was this important to us?

Looking back, I believe that this monumental effort was to show ourselves that we could provide a spectacular Christmas, even though we struggled in so many areas of our lives.  We could give our children this, something important to us.

How? How?  The details are so many.  Details that required dropping ever semblance of pride.

John searched empty apartments as they were being cleaned.  Renters who disappear in the dead of the night left behind surprising items, some damaged and some nearly new.  From his searches, John brought home a “Wonder Horse”.  We would paint it and make it new.

A store nearby sold damaged items at lower prices.  But those prices moved beyond our list.  A bin in the back corner was a doll in a bashed box, a doll with blond hair, like Erin’s hair.  We could buy that.  We thanked God for the finds and for His way of guiding us to the right places.  Pic 'N Save and Goodwill revealed treasures.

The list grew as the coin stacks shrank.  I crocheted slippers, quilted pot holders, and found doll patterns in a woman's magazine.  John brought home fixable and decent items to fix, renovate, and gift to his own family members.  But then...

We were down to the last four dollars, when a letter arrived from my grandmother arrived.  "Honey, I just knew you could use this.  Merry Christmas, sweetheart.  I love you..."  Ten dollars!  I cried.

Cheap, but lovely toys were wrapped for the tree.  We put the tree on a side table, and then covered it with a white sheet.  The presents around the tree cascaded as a waterfall, flowing out on the floor.  Gasps from Erin and Johnny as they ran out to the tree told us that we had succeeded.  With Mary happily shaking a dolly made from my sewing stash, each child took their turns opening gifts.

Each morning thereafter we would wake up to the sound of Johnny riding the Wonder Horse.  How, oh how I wished that we had oiled those springs. 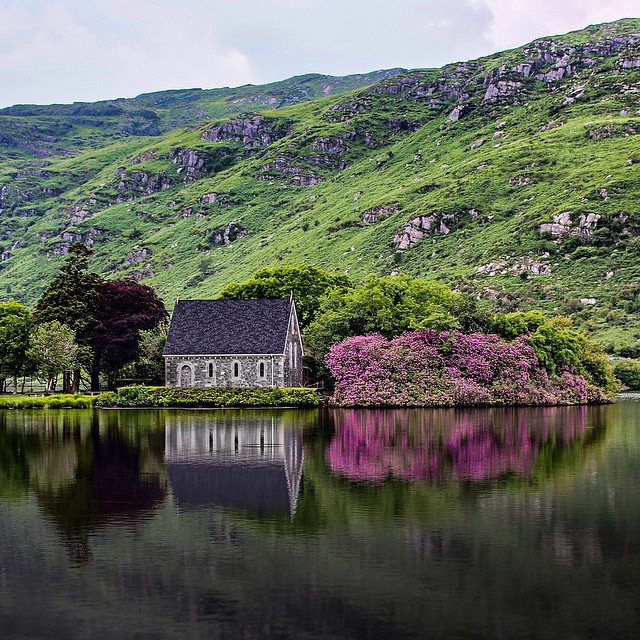